What Should You Weigh?

Figuring out what the scale should say, not what you want it to, is worth the trouble. 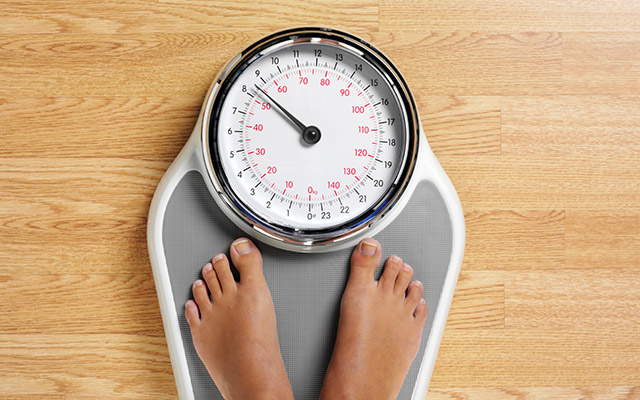 You probably have the number in your head right now. Most of us do. It's the weight you'd like to weigh, if you had your druthers.

It may be a long-ago weight — before you had kids, before you were married, even when you were still in school. Or it might be more recent — the number on the scale when you were training for, say, your first marathon in your 30s or when you did aerobics nearly every day.

It could be time, though, to put that fantasy number to bed and focus on reaching or maintaining a healthy weight — the figure at which we feel strong, energetic, like our best self.

So what is that number? Good question.

Figuring it out is not an exact science, says Lisa Young, an adjunct professor at New York University and author of The Portion Teller Plan: The No-Diet Reality Guide to Eating, Cheating, and Losing Weight Permanently. That said, "it's important to strive for something that's realistic and healthy, and that's usually a Body Mass Index [BMI] of 18.5 to 25," which is considered normal weight, says Young.

But BMI Has Its Limits

No doubt you've heard of BMI, a fairly simple number crunch of weight and height to estimate how much fat a person has. Though widely-used, it’s not a perfect way to measure the link between weight and health, says Dr. Rexford S. Ahima, professor of medicine at the University of Pennsylvania Perelman School of Medicine.

Years ago, "the World Health Organization came out with some standards and [said that] if you have a BMI of 30 or higher you are considered obese," explains Ahima, who is also the director of the Obesity Unit of the University of Pennsylvania Institute for Diabetes, Obesity and Metabolism. "Clearly, people in the obese range for BMI are at high risk for diabetes, heart disease and so on. If you're anywhere from 25 to 30, you're considered overweight."

The problem, says Ahima, is that health experts have long recognized that BMI is far from perfect at guessing exactly whose health is in peril, except for the very heavy. "It doesn't take into consideration the sex of the person, and we know women have more fat than men. It doesn't distinguish between ethnicities ... and it doesn't tell you where the fat is — is it total fat, subcutaneous fat, or intra-abdominal fat, which tends to be more harmful," he says.

BMI also can't reveal how much muscle mass a person has. "More muscle tends to indicate a healthier metabolic profile," meaning lower risk for diabetes and other killers, adds Ahima. "It doesn't tell you how fit a person is."

Simply put, BMI is most useful in predicting health problems primarily in those who are very overweight; if you're not, it's not nearly as helpful.

So if computing your BMI is not an ideal way, on its own, to figure out your goal weight for good health, what are better options? The short answer is that the best, most accurate measure for you is a combination of metrics.

Include BMI, but also get out the tape measure and put it around your waist, says Ahima. "The easiest method to get a sense of fat distribution is waist size," he explains, noting that men should have a waist size of under 40 inches and women should have a waist under 35 inches for good health. "How often has your doctor measured your waist? Almost never, but it's a better predictor thanBMI."

To measure it accurately, Ahima says you should stand up tall, put your fingers on the top of your hip bone, and loosely place the measuring tape there, measuring your waist from that point. "Breathe in and out and then you measure," he says.

Where you store fat on your body is a decent fortune-teller for health problems, it turns out. "We know that women have more fat in their thighs and buttocks and men get more belly fat," Ahima notes. "So people have argued that we need to take into consideration the shape of the person."

A fairly new measure, called A Body Shape Index (ABSI), does just that and has BMI and waist-size built into its calculation. The Index isn't available for clinical use yet, says Ahima, it's only used in research. But it could eventually come to a doctor's office near you. A February 2014 study in PLOS ONE found that ABSI was a more accurate predictor of death risk than BMI.

Once you know your BMI and your waist size, it's time to talk to your doctor. "[A physician can] consider how much muscle a person has, their health status and their family history," Ahima says. "BMI is useful as a trend, so if a person had a BMI of, let's say, 25 and then five years later it's 30, clearly there's something wrong. What you're looking for is a trend rather than an ideal weight, which doesn't really exist because people are so variable."

Once you've had the conversation with your physician about what's a healthy weight for you, you're ready to target a number, or at least a range.

"It's important to strive for something that's realistic," says Young. "I see people in their 40s and 50s all the time who struggle with, 'I'd love to weigh what I weighed at X time.'"

Young likes to set halfway goals with her clients. "If they weigh 175 pounds, let's get them down to 150, and we'll see," she says. "Then we can re-assess. You're less likely to fail when you're able to get to something. That's very important."

Here are Young's top tips for losing pounds to get to a healthy weight:

On its own, exercise is not a very effective way to lose weight; nearly everyone needs to also change their diet to take and keep off excess pounds. But if you're someone who puts in vigorous effort at the gym (or at the park or at Zumba) most days and you're heavier than you'd like to be, take heart.

"It is possible to be 'fit and fat'," says Jennifer Huberty, an associate professor in the School of Nutrition and Health Promotion/Exercise and Wellness at Arizona State University and the founder of Fit Minded. "Basically, what you have are people who are practicing healthy behavior who may be overweight," she says, adding that this group tends to have a "pretty low" risk for chronic disease.

In fact, Huberty says the scientific data points to a higher risk of early death in people who are thin but don't exercise compared with those who are overweight but fit. "You can be a size 12, 14 or 16 and if you're exercising regularly and your HDL cholesterol [the good kind] is high and your LDL [bad cholesterol] is low, what does it matter? You're always better off doing the exercise, regardless. Thin doesn't mean fit, in shape or healthy."

A 2012 study of nearly 4,200 male veterans with high blood pressure found that those who exercised were much less likely to die during the course of the study (follow-up was at seven years) — regardless of the men's BMI. Compared to guys who were normal-weight but unfit, the men who carried extra pounds but exercised often had a 60 percent lower mortality risk, and obese-but-very-fit men had a 78 percent reduced risk.

Notes Ahima: "Exercise has a huge benefit for your heart and lungs and overall health regardless of how heavy you are. This has been shown over and over."

Huberty bottom-lines her answer to the "what is a healthy weight?' question this way: "A perfect weight for you is one that has little to no chronic disease risk and feeling good about your body. You have to mold those two together — that's what I tell people."