Why Boomers Need to Get Tested for Hepatitis C

People over 50 make up the majority of those with the deadly disease. 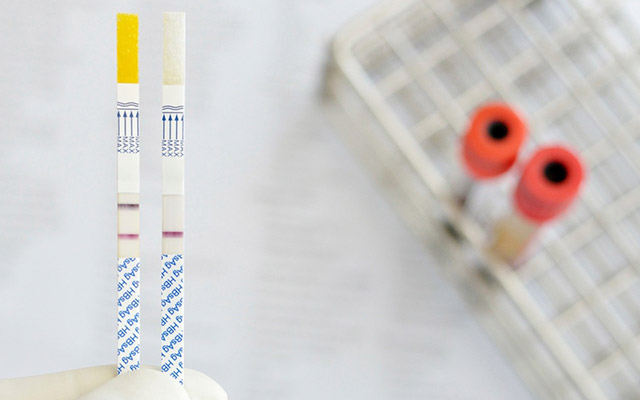 Most of the people who get hepatitis C today are intravenous drug users who share needles. That may be the image that comes to mind when you think of the disease.

But decades ago, before widespread screening of the blood supply began in 1992, individuals who received blood transfusions or organ transplants were at risk of coming in contact with the virus. Transmission was common this way, according to the U.S. Centers for Disease Control (CDC).

Once in the body, hepatitis C stays there for about 70 percent of sufferers, according to Dr. John Ward, director of the CDC’s Division of Viral Hepatitis.

And many boomers — who make up 80 percent of the approximately 3 million who have the disease — do not know they are infected. Yet all it takes to find out is a simple blood test.

“It sets up a home in the liver and then silently, with very few symptoms, it begins to cause inflammation in the liver,” Ward said. “Over years that leads to cirrhosis, severe scarring of the liver.” It can also result in liver cancer.

There was a high incidence of hepatitis C years ago, when the boomers were young, Ward said. They may have shared needles just once or twice (the virus is highly transmissible) or gotten a childhood blood transfusion.

“They didn’t know about it, they never got tested for it, and all of a sudden they start getting sick,” Ward said.

CDC to Boomers: Get the Test

The CDC has actively worked to alert those born between 1945 and 1965 of the need to get the blood test. But Ward said it’s been an uphill battle. Clinicians may not ask their patients if they have any risk factors, like prior intravenous drug use or a transfusion. If they do ask, patients may be reluctant to talk or may be unaware of a childhood blood transfusion.

One common reaction Ward has heard: “If this was important, my doctor would have ordered it for me.” But that’s often not the case, he said.

In addition to needle-sharing and blood transfusions before 1992, other factors can less commonly lead to hepatitis C — as microscopic amounts in the blood can cause transmission.

A few other risk factors:

Those with HIV are also at a higher risk for hepatitis C.

Symptoms of hepatitis C may not appear at the time of infection. But they will after liver damage begins — which may take decades. The infected person may experience:

Two other types of hepatitis — hepatitis A and B — are preventable by vaccines. There is no vaccine for hepatitis C.

The positive news, Ward stressed, is the development of new drug combinations that can cure hepatitis C, specifically Harvoni and Viekira-pak. (The less severe the disease, the better the drugs’ success.)

“This is a real breakthrough for medicine,” he said. In clinical trials, about 90 percent of people who were placed on these medications are cured. And compared with older drugs, they are safer, with very few side effects, Ward said. Additional drugs are expected to come out this year, he said.

A major problem at this point is the astronomical cost — more than $100,000 for the 12-week treatment. Many insurers have elected to cover only the sickest patients, a decision that has sparked criticism by doctors and patient advocates.

The American Association for the Study of Liver Diseases issued a strongly worded position statement on the issue. Those with the most severe liver disease should be treated first, the association said, “but all patients who receive advice from their doctor to take the newest medications should not be denied…. Unfortunately payers across America are denying treatment when a doctor has prescribed it for their patient. We adamantly disagree with this decision.”

The CDC’s Ward said the government agency does not play a role in the establishment of drug prices nor does it take a position on pricing. “Recent CDC research has indicated, however, that treating patients (early) is cost-effective, despite the high cost of the drugs,” he noted.

The critical thing, he said, is that people — especially boomers — get tested for hepatitis C and referred to a qualified provider.