Why We Missed the Signs of My Mom's Lewy Body Dementia 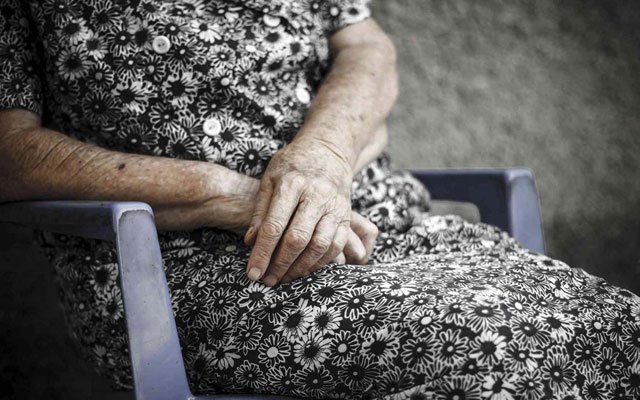 I never imagined my mother would have anything in common with actor and comedian Robin Williams. But when his widow revealed that he suffered from Lewy body dementia, she said, “Lewy body dementia killed Robin. It took his life.”

She linked this often-misdiagnosed and incurable form of dementia to his suicide, saying that he had been expected to live only three more years.

No one can truly predict anyone’s life expectancy. I believe my mother suffered from the same debilitating illness for at least 10 years.

Lewy body dementia (LBD) affects 1.4 million people in the United States, according to the Lewy Body Dementia Association. Often misdiagnosed as Alzheimer’s or Parkinson’s, Lewy body dementia is caused by abnormal protein particles that accumulate in the brain, disrupting normal brain functioning. Diagnosis of the illness, which makes up 20 percent of all dementia cases, can be confirmed only upon autopsy.

I missed my 85-year-old mother’s earliest signs — and so did her doctors.

I was helping her plan her annual Chanukah celebration, which included eight grandchildren and nine great grandchildren, and she kept struggling with the guest list. My mother was determined to write down everyone’s name on a pad, calculating how much food to cook and order. She became increasingly frustrated, ripping up the paper and starting again, until she was in tears.

Sitting next to my mom, I tried to guide her through a relatively simple process. At the time, I attributed her difficulty to ordinary memory problems experienced by any octogenarian — even one as robust and active as my mother. She still drove, played golf several times a week and carved sculptures in art classes.

I didn’t realize she was hallucinating until she tried to convince me that one of her sculptures was having sex. “Come here and watch closely,” Mom insisted, leading me over to an abstract gray alabaster. It looked like two genetically-challenged fish, overlapping and, I supposed, intertwined against each other.

Visual hallucinations are more common and frequent in LBD than in Alzheimer’s. Symptoms also include mood swings and balance problems, according to the National Institute of Neurological Disorders and Stroke. This is why LBD is often misdiagnosed as Parkinson’s or Alzheimer’s.

For years, I didn’t know why my mother had such agitation that caused her to roam and obsessively rearrange closets. She would call 911, claiming people were trying to kill her. Her doctors put her on anti-psychotic medication, believing this was the correct treatment, but these medications are not useful for LBD patients — and can even be life-threatening.

Her involuntary, jerky body movements were difficult to watch and impossible to stop. I covered her hands with mittens so she wouldn’t scratch herself. Often, I felt as helpless as I imagined she did, wishing I knew how to alleviate her discomfort.

Ten years after her first symptoms appeared, my mother died, bedridden and not recognizing anyone in the family. Her greatest fear was getting Alzheimer’s; little did she — or her family — know she had LBD. She was never accurately diagnosed. Although one neurologist suspected my mother might have LBD, mom was treated as a patient with generic age-related dementia. Only in retrospect did I come to realize the true nature of her devastating illness.

Public awareness is the first step in helping others navigate Lewy body dementia. Genetic research is ongoing in the effort to develop disease-modifying therapies, although more funding is needed. There are breakthroughs in diagnosis, such as a three-minute test called the Lewy Body Composite Risk Score (LBCRS), still in its early stages and not yet widely used; it was developed by Dr. James E. Galvin, a leading neuroscientist at Florida Atlantic University.

Unfortunately, I wasn’t able to get my mother the help she needed. But families can be more hopeful the more we learn to recognize LBD symptoms.