How you can fine-tune your eating habits to live longer and healthier. 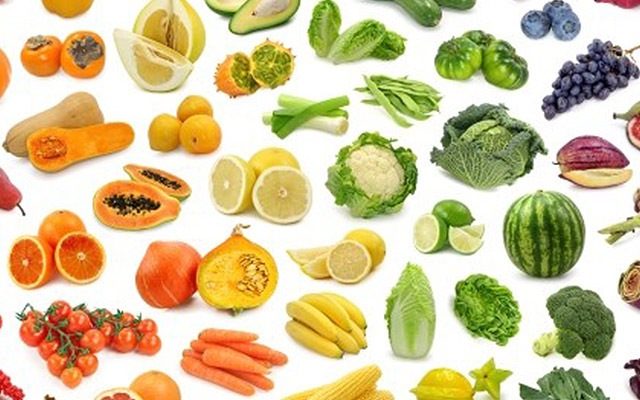 A bowl of oatmeal every morning, a handful of nuts, five servings of fruits and vegetables a day — researchers seem to be slowly compiling a grocery list of foods that can extend your lifespan.

At the same time, there are quite a few 95- to 100-year-olds in The Longevity Genes Project, a large ongoing study at Albert Einstein College in New York, who haven’t made healthful lifestyle changes. They smoke. They don’t eat a lot of vegetables. They don’t pay much attention to diet at all.

That raises a question: How much does diet influence longevity and how much is due to genes? Right now, scientists offer no definitive answer.

Estimates are that genes might roughly influence 20 to 35 percent of lifespan length. And some fiftysomethings probably have genes strong enough to override negative lifestyle and eating habits, although they’re likely a small group.

For the majority of us, the way we eat and live is likely going to play a huge role in the length, and perhaps more importantly, the quality of our lifespan.

Rather than piece together a grocery list of specific anti-aging foods, it looks as if the best way to tap into these dietary longevity benefits is by gradually shaping and fine-tuning eating habits to make them healthier. The Mediterranean diet is one good plan. So is the Okinawan diet. So is the U.S. government’s DASH diet.

But we think the following four little culinary rules, based on current research, are a good place to start:

Rule No. 1: Drink wine like a Mediterranean; sip moderate amounts with meals

Italian researchers suggest that part of the health and longevity benefits conferred by the Mediterranean diet, particularly red wine, might involve what they call a “Mediterranean way of drinking.” That’s defined as moderate amounts of wine (up to two glasses a day for men and one for women) at meals.

Scientists suspect that in addition to alcohol, other compounds in wine may be conferring longevity benefits. On that list: flavonols, anthocyanins and particularly a compound called resveratrol. There is some evidence that resveratrol could be an antioxidant, an anti-inflammatory and a cancer fighter.

One caveat: If you don’t drink, don’t start, says The Mayo Clinic. Some of the same beneficial phytochemicals found in wine, including resveratrol, can be found in many fruits and vegetables, including grapes, blueberries and cranberries.

A growing body of evidence has found that omitting or reducing intake of meats and animal products can be a good thing not just for your health but also for your loongevity.

When researchers in a 2014 study compared mortality rates of centenarians from the Sicilian countryside with residents of the bustling capital city of Palermo, the results were dramatic.

They found a much lower rate in mortality (i.e., longer lifespan) in centenarians from the Sicani mountains of Sicily than in city dwellers who routinely eat larger amounts of meat and animal foods. The Sicani mountain residents closely follow a Mediterranean-style diet, rich in plants and olive oil, low in animal protein. Speculation is the low glycemic index of the diet, or maybe the health-beneficial compounds (such as polyphenols) in plants and extra virgin olive, may activate factors that promote longevity.

Rule No. 3: Eat mostly plants; make it a colorful variety

It turns out that eating mostly plants (fruits, vegetables, grains) is not only good for the environment, but is also one of the best ways to maximize your supply of color phytochemicals that ward off disease.

Over and over again, researchers continue to identify certain eating styles with lower risk for chronic disease ranging from heart disease to diabetes to cancer.

“The favorable patterns are typically called “prudent,” while the corresponding unfavorable patterns are “Western,” said University of Minnesota Professor of Epidemiology David R. Jacobs, at the 2013 6th International Congress on Vegetarian Nutrition. You guessed it. “The prudent patterns are notably plant-centered and focus on favorable preparation methods and minimal preprocessing by industry,” Jacobs noted.

Rule No. 4: Leave the table a little bit hungry

In Okinawa, the southernmost prefecture of Japan, huge numbers of centenarians are concentrated in a relatively small area — an island about 70 miles long and seven miles wide.

(MORE: 3 Health Resolutions You Can Actually Keep in 2015)

Over the years, research has centered on the traditional diet, one that’s low in calories and built around nutrient-dense vegetables, including sweet potatoes and leafy greens. The other important factor is portion control. Older Okinawans embrace the concept of hara hachi bu, a philosophy that makes them push away from the table when they are 80 percent full, hence the lower-calorie profile of their diet.

Unfortunately, fried chicken and fast foods are creeping in, and this Westernization of the Okinawan diet is bringing with it a drop in lifespan for younger generations.