You’re A Boomer If You Love These 10 Movies

From scary to sweet to sad, these iconic films shaped our identity. 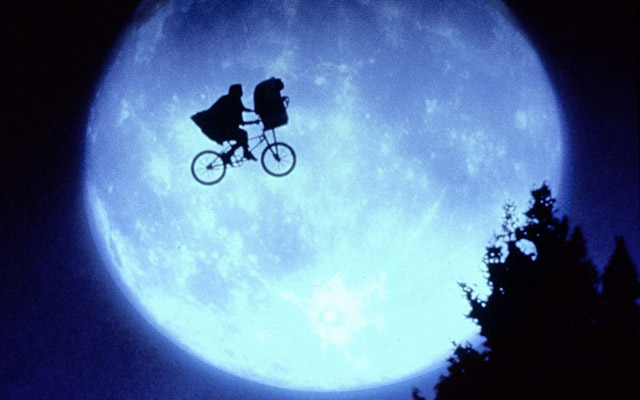 I just want to say one word to you. Just one word.

All you readers out there . . . we all know where we heard those words in The Graduate; some of us may even remember the exact movie theater where we were sitting or the people with whom we shared the moment.

Boomers may be a huge demographic slice — years ago population experts noted that birth rates skyrocketed beginning in 1946 after the soldiers returned from World War II and stayed at high levels until a precipitous drop in 1965. Still, people born within that timespan share a lot of cultural icons. Among them: Movies we loved when we first saw them and will watch again and again on the TCM channel (or Netflix streaming).

Here's a list (in chronological order) that will take you down memory lane.

Why we loved it: The sound of the music! We still sing those tunes.

Memorable line: "Children can't do all the things they're supposed to if they're worried about spoiling their precious clothes."

Fun fact: Christopher Plummer gave up a role in The Ipcress File to play Captain Von Trapp, something he came to regret. He disliked The Sound of Music so much, he referred to it as "The Sound of Mucus" and "S&M." He also said that working with Julie Andrews was like being hit over the head every day with a giant valentine. (They did, however, remain good friends.)

The test of time: Even though many people were offended by its historical inaccuracies, The Sound of Music remains one of the highest grossing films of all time, and one of the most beloved. Several remakes (in various forms) have been attempted, but not one has approached the original film in popularity or critical acclaim.

Why we loved it: It was the 60's. Everyone felt kind of at odds and ends.

Fun fact: Right at the very end of the movie, as Elaine and Benjamin escape from her wedding by clambering to the back of a public bus, their faces go from happy to somber, conveying a realization that they their future may not be so rosy. Mike Nichols, the director, achieved that subtle effect by yelling at the actors and scaring them while they were laughing (as they had originally been directed to do).

The test of time: While parents still hold large parties for their college graduates, and adults still harangue young adults with unwanted advice, social mores have changed a lot. A 21-year-old Elaine would unlikely be so innocent. Also, Mrs. Robinson is probably supposed to be about 45 or 50 — and it would be no surprise to any of us that a woman that age is so hot.

BUTCH CASSIDY AND THE SUNDANCE KID (1969)

Why we loved it: Well, Paul Newman. Robert Redford. Oh, and a great and clever adventure story.

Fun fact: Paul Newman did his own bicycle stunts because the stunt man couldn't stay on the bike.

Why we loved it: It was a love story with a heartbreaker ending; a 10-tissue movie.

The test of time: Let’s put it this way. In the 1972 film, What’s Up, Doc, Barbra Streisand’s character says, “Love means never having to say you’re sorry.” To which Ryan O’Neal’s character responds, “That is the dumbest thing I’ve ever heard.” Though we all had a good cry, the sappy factor became just too yucky pretty quickly.

Why we loved it: We didn’t need professional movie critics to tell us we were watching something extraordinary.

Fun Fact: Al Pacino boycotted the Academy Awards because he was nominated for Best Supporting Actor while Marlon Brando, who had less screen time, was nominated (and won) for Best Actor.

The test of time: The Godfather box set is an all time best seller — first on VHS, then DVD, and now digital files.

Why we loved it: The main character beats the establishment!

Memorable line: “Aren’t you going to open your grades?” (Asked by Susan Fields as she stands by James Hart on the beach and he folds the envelope into an airplane and lets it fly.)

The test of time: Overheard recently while some 20-something law students were watching the movie: “What’s he doing on the beach? Shouldn’t he be studying for the bar exam?”

Why we loved it: We got the jokes!

Memorable line: Reporter: “Sir, those are dummies.” Governor: “How do you think I got elected?”

Fun Fact: Mel Brooks said that the man in the sweater who appears at the end of the movie, as the whole group runs out of the Warner Bros. gates, was not part of the cast. He had wandered onto the set, and they shooed him away. When they viewed the dailies, there he was again, in the film, leaning against the lamppost.

The test of time: A “Western” that is totally anachronistic to begin with and full of terrific gags and roll-on-the-floor lines — something like that never feels “dated.”

Why we love it: We felt it was profound.

Memorable line: “I must be crazy to be in a loony bin like this.”

Fun Fact: Many of the actors stayed in character even when they weren’t filming — which is kind of scary when you think about it.

The test of time: Although Ken Kesey was so angry about the deviation from his novel (which he told from Chief Bromden’s perspective) that he never watched the film, most people have a different view. The United States Library of Congressselected this movie for preservation in the National Film Registry.

Why we loved it: We all wish we had gone to Rydell High.

Memorable line: “You can’t just walk out of a drive-in.”

Fun fact: The high school is named after Bobby Rydell, who was a teen idol in the 1960s and had a smash hit single called “Swingin’ School.”

The test of time: Teenagers are still hanging the movie poster in their bedrooms.

Why we loved it: Though most of us were at least two decades older than the kids in the film, the “through the eyes of child” filming techniques and great storytelling went straight to our hearts.

Fun Fact: This might have been the first movie that consciously used “product placement.” The filmmakers had wanted E.T. to be lured by a trail of M&Ms, but Mars said no. So Reese’s Pieces were chosen instead, and sales of that candy soared.

The test of time: Special effects may have come a long way since the 20th century (wink), but E.T. as a character is as believable as any Hobbit.