The Unexpected Benefits of Volunteering in Nature

When 'citizen scientists' help gather data, they don't get paid, but the rewards are priceless. 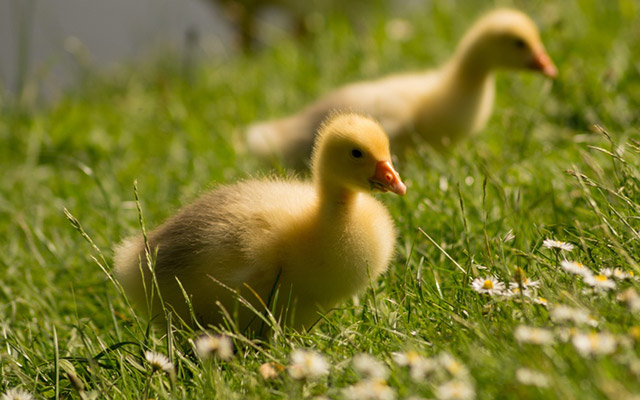 There’s something innately restorative to the human spirit about watching the flow of water in a stream, and this is especially true in spring. The frozen landscapes and frigid temperatures of the winter months can cast a stillness across one’s interior terrain as well, so to watch the current of a river in May is surely to come alive again. That sense of renewal is even greater, though, when it extends from one’s own spirit to the larger environment. Which is just what happens when I go to watch for the herring in the annual spring monitoring program.

Herring spend most of their life at sea, returning to the freshwater rivers and streams they were born in once a year to spawn. In recent times, however, their numbers have declined dramatically, possibly because of overfishing, diminished water quality and/or habitat loss. Or maybe something else entirely. Fishermen, researchers and environmentalists would all like to understand what’s causing this. To this end, volunteers help scientists monitor the herring’s arrival into the tributaries of the Hudson River and collect baseline data about these changing migration patterns. And while we citizen scientists know we’re helping out, what we get in return is worth far more than the time we give. The Call of the Wild This is not difficult work. It requires only that one stand at a bridge or the edge of a waterway for 15 minutes twice a week in April and May, look for signs of the herring, then write down what is seen — whether herring are there or not. This is about absence or presence. And if those minutes spent watching the drift and surge of a stream are a regenerative way of witnessing spring, the experience grows in meaning when what you find contributes to some broader knowledge base about the stream and the species that live in it. The herring project is only one of many hundreds of such endeavors nationwide, on land and in water, that are part of the emerging practice of citizen science. Typically defined as projects in which ordinary people — kids, college students, retirees and anyone with an interest in observing natural phenomena — partner with scientists to answer real-world questions, such efforts can involve reporting dates on ice melt in early spring, identifying the habitats of amphibians in vernal pools or tracking the migration of monarch butterflies. Some participants get involved simply as an excuse to get outdoors. Others may be motivated by an interest in conservation. Or they could be driven by a greater sense of urgency. A sense of impending crisis in the natural world — whether habitat loss, a warming climate or a burgeoning human population of 7 billion plus — is what prompts many of us to sign up for citizen research projects. For their part, scientists have recognized the value of volunteer labor at a time when their own financial resources are stretched more than ever. And new technologies, like GPS, interactive websites, digital photography and mobile phone apps, have made the collection of data even by amateurs reliable and efficient. This kind of participatory research is flourishing. And at a time when our sense of place is often frayed, documenting the arrival of spring birds, gathering information about fireflies on a July night or simply measuring rainfall are all good ways in which to collect important data about the natural world and to gain a deep connection to our habitats. It occurs to me that such projects can have particular meaning for midlife volunteers. It is common knowledge that a desire to volunteer is part of the American character today and that a good portion of this nascent labor force are people over 62. Statistics tell us that 7 in 10 people over 62 freely donate their time, and many say this work is among the most sustaining endeavors of their adult life. We are, I like to think, at a stage in life when we know how to pay attention. And attending closely to the world outside of ourselves is what is demanded here. Like data sheets for other such research efforts, those for the herring projects require precise details. They ask that I break down the components of the day, and when I do, I find that there is a meditative quality in recording the temperature of the air and of the water, the quality of cloud cover, precipitation, tide and water clarity. Having to document such details is a step toward becoming a better observer. The task requires a scrutiny of small increments I might otherwise miss and demands a focus that came to me less easily when I was in my 20s and 30s.The opportunity to watch things intently and thoroughly offers a reprieve from our attention-deficit culture. There is no room here for distraction, for the fragmented, split-screen thinking that is so endemic in other parts of my life. There’s also space on the data sheet for “other.” That could be the great blue heron poised on the opposite river bank, the muskrat slipping along the concrete embankment of the bridge, even the overheard offhand remarks of the angler. And then there was the afternoon I finally saw the herring. Their quicksilver movement as they shimmered through the current made it nearly impossible to calculate their numbers, surely an exercise akin to measuring shadow and light. But with Polaroid sunglasses and uninterrupted attention, I settled on a figure. “Number of herring present (circle one)” the data sheet instructed. And I filled in the small circle next to the numbers 11–100. But what I saw was not the fish with a small dorsal fin, a split tail and spot behind the gills that I had been looking for, but rather, a silvery, iridescent flash in the creek, a bit of radiant ribbon flickering in the water. The herring were there without doubt, yet they made themselves manifest in a way I had not anticipated. All of which is to say, paying close attention to occurrences in the natural world is like paying close attention to anything else in life. Oddly enough, the rewards can multiply. Or at least double — because inevitably, you find both what you are looking for and what you never expected.