The Many Benefits of Making Music at Any Age

Hundreds of groups of older Americans are getting together to make music. Why? For fun, but also for this big side benefit. 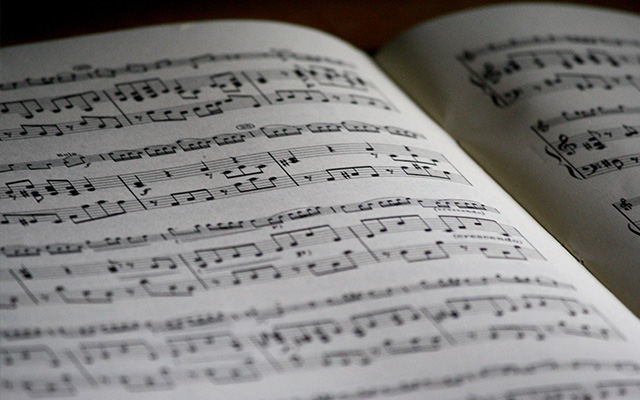 I was scrolling through Facebook the other day when I happened upon a bunch of photos of a friend of mine at . . . band
camp?

Wait. Isn’t band camp something that high school kids do? What’s a respectable 50-plusser doing out in the woods with her
flute?

“Learning a lot and having a great time” is the short answer. A longer explanation involves the way playing a musical instrument keeps the brain in tune while we age.

“The brain workout when you’re playing music is terrific,” says Roy Ernst, a professor emeritus at Eastman School of Music who had made it his mission to encourage adults to pick up an instrument, even if they have little or no musical background. His New Horizons program aims to make joining a band and even going to band camp accessible for anyone.

“You play three or four notes per second, all the while thinking about pitch, duration, intensity and context,” Ernst says. “All this has to be processed to the brain and then made artistic. Members of an ensemble are concentrating on things like whether they are in tune with the others. The mind is constantly working at a high speed. People say the when they’re playing music, they don’t think about anything else.”

Ernst began the New Horizons program in Rochester, N.Y., in 1991 in response to seeing his parents and their friends disengage as they aged.

“They didn’t seem to be engaged in the present or future,” Ernst says. He thought it would be great for retired people to play in a band. “When you’re in a band or orchestra, you’re engrossed in the present because you’re playing music right now, and you’re looking toward the future because you have a concert coming up.”

It turns out he was on to something.

“After just two years in Rochester, we knew this was something people all over the place would just love, so I took a two year sabbatical to start 15 more bands,” Ernst says.

Learning an Instrument at Any Age

The main premise of New Horizons is that people benefit from learning to play an instrument at any age. “It used to be thought that people had to become acquainted with music at an early age in order to be able to become proficient and enjoy participating in a group,” Ernst says. “We now know that isn’t true.”

Bobbie Ferguson Gates is living proof of this assertion. “At age 61, I picked up the flute,” she says. Since then, she’s joined a community band, started mentoring flutists at her grandson’s elementary school and formed her own small flute group. Lately she’s been experimenting with percussion, too. “There are just so many things to play with,” she says. “It’s fun to go crazy.”

The typical New Horizons band attracts three kinds of players. There are those, like Gates, who played an instrument as a
kid but haven’t picked it up since; non-professional musicians who may even belong to a community orchestra but want something more; and adults who have never played music and want to give it a try.

Younger people, even high school students, are welcome to join in the fun. But they should be warned, jokes John Cryer, a professor emeritus in the Department of Statistic and Actuarial Science at the University of Iowa: Those youngsters may need to take early retirement to keep up with all New Horizons has to offer.

Cryer had played string bass in jazz groups throughout his adulthood, but he hadn’t touched the euphonium in decades. New Horizons convinced him to give it another go. “It was a real challenge after 45 years,” he says. “In the beginning I was having a hard time, and the group sounded pretty elementary on the whole. Today we sound quite good. We all practice a lot and love it so much.”

Cryer plays in several groups. His primary New Horizons band meets twice a week in a local senior center. Beginners rehearse from 8:30 a.m. to 9:30 a.m. The more advanced musicians come in at 9:30 and stay until 10:30. “Then we stick around for coffee,” he says.

As New Horizons grew, Ernst added camps to the program, so participants could come together for a few days and work with teachers and coaches on college campuses or musical centers, such as Chautauqua, N.Y. and Interlochen, Mich.

At band camp, people can join polka or Klezmer groups, learn a new instrument and stretch their skills by playing in a large ensemble. “In a large ensemble,” says Adrianne Greenbaum,  a professor of music at Mt. Holyoke College and a New Horizons band camp instructor, “you can play what you can and don’t play what you can’t. You participate at your level. When you participate in ensemble that is better than you, you aren’t ruining it; you’re contributing to it.”

Joining in the Fun

Do you have an old saxophone or viola sitting in the closet? Ernst invites you to take it out, dust it off, and go to the New Horizons website to find a band near you. There is also information there about how to start a New Horizons band.

“There aren’t any big fees. If a group chooses to join, it’s $25 a year,” Ernst points out. “What New Horizons does is make everyone welcome and provide a secure, enjoyable situation for everyone. Your best is good enough. To me, that means whatever your best is, we’re happy to have you, and we’re happy to hear your mistakes.”