How to Travel Alone and Love It

If you haven't tried solo travel yet, you should definitely give it a go. Here's how to make it a big success. 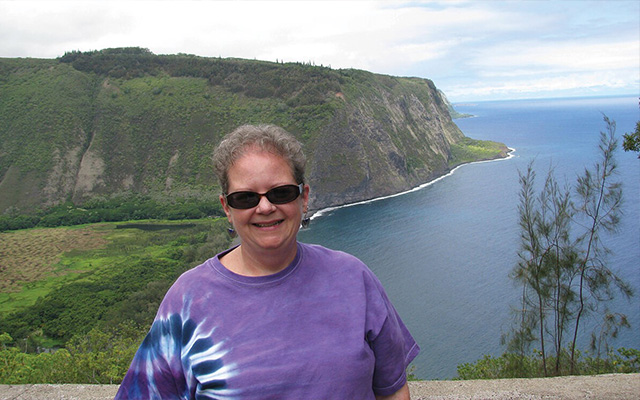 Soaking in a mineral spring pool at a spa, I started talking with another pool denizen. The woman, in her late 60s, asked if I were traveling with family or friends. I said I was alone. She said, “I would be too afraid.”

Timidity around this topic baffles me. For more than 30 years, I have traveled mostly on my own. I prefer solo travel, I told the woman, because I go where I want, see what I want and have the freedom to change my plans at any time.

Do I get lonely? No, because I talk to strangers.

Everyone has a story. Travel with a spouse, partner or friends, and most often you will speak only to them. Go it alone, and you will talk with people you’ve just met. Their stories may amuse you or even astound you. Some may broaden your worldview.

You can do this! You’ve spoken to strangers before when asked for your impression of an attraction you were visiting, a concert you were attending or a meal you were eating. On the road — whether far away or close to home — all you have to do is smile and start a conversation.

Here are eight tips, along with stories about some of my experiences talking to strangers, for making the most of a solo adventure.

1. Do Use Common Sense

Plan a trip that matches your comfort level, whether you head out with a little help from a travel agent or with an itinerary you craft yourself. You may want to sign up for a guided tour. (Look for one that builds in plenty of free time for solo exploring.) Or you may want to book a cabin on a cruise ship, where you have the option of talking to hundreds of new people, all with stories you’ve never heard.

When traveling, don’t say your room number aloud in a hotel lobby, never flash a lot of cash and don’t wear pricey jewelry. Before you leave your hotel room for dinner, turn on a light and the TV and put out the “Do Not Disturb” sign.

Of course another boomer likely will respond to your conversation-opener, but it’s also OK to talk to young people. You may even end up with greater respect for a different generation.

On a trip to the Galapagos Islands, I learned that a young man on the ship was an archaeologist who searched for mummies in Peru. Usually on a cruise or guided tour, I table hop, sitting with different people each night at dinner. Because I thought this fellow’s work was fascinating — and he enjoyed talking about it  — we ate a number of meals together.

The quickest way to do this while on the road is to travel on your birthday, and say so. Tell people in the tundra vehicle on a polar bear-watching trip or in the Zodiac raft in Antarctica that you are celebrating your birthday, and good will and warmth from many a stranger will come your way.

Cruising on the Fairweather Express II in Glacier Bay National Park in Alaska.

Two birthday trips brought me special joy. In addition to meeting many interesting people, I saw blue whales in the Saint Lawrence Seaway and spied a hippopotamus beside a tree right outside my lodge in the Serengeti in Tanzania. You will never convince me the animals showed up for any reason other than to help me celebrate.

One day in Varanasi, India, I decided to go for a walk. Outside my hotel, a dozen rickshaw drivers crowded around me, all eager to serve as transport. I convinced all but one that I preferred to walk, and he followed me. Every few yards, the gentleman would drop his asking price, but I politely declined and kept walking.

When I suddenly realized I was depriving the man of making a living, I got in the rickshaw. The man told me about his city, his home and his family as we rode through streets filled with pedestrians, cars, trucks, overloaded buses and the occasional cow or donkey. What a remarkable adventure!

5. Do Be Verbally Vulnerable

Have you ever confided personal information to a stranger on a plane? On a whale-watch boat trip out of Barnstable, Mass., I had a similar experience. On the trip back to the pier, I spoke with a man seated next to me about the whales we’d seen and the beautiful day on the ocean. Then I blurted out that I was miserable.

To his credit, this stranger didn’t move away. He expressed sympathy about my dad’s terminal illness. He also shared his own professional setbacks, and asked about my plans to find a new job now that my company was closing. I mentioned my one prospect.

“I hope that works out for you,” he said. “And if it doesn’t, something else will.” His words reminded me that my options were not as limited as I imagined.

6. Don’t Be Reluctant to Help

In the airport in Jaipur, India, I met a woman traveling around the world. She carried only a small backpack. “What do you do about clothes?” I asked. The woman said she wore whatever people gave her along the journey.

This was no ascetic. The woman, in her late 40s, was a former librarian from Ohio coming out of a period of deep grieving. She said she left what she knew of the world to learn what she did not. Before we parted, I unzipped my bulging carry-on bag and handed over an unworn T-shirt, proud to do my part.

Early one morning in Jamaica, I went to the beach, where I saw a man swimming back and forth. He stopped periodically to stare at the shore. I swam out to ask what he was doing.

Relaxing at a beach barbecue on Isla Tortuga in Costa Rica.

The man was the manager of Doctor’s Cave Beach in Montego Bay. The wide strip of white sand, the lounge chairs and the concession stands all were his responsibility, and he told me that each morning he preferred to walk his beat, as it were, from the water. His goal, he said, was to keep the beach beautiful, for tourists and residents alike.

Because I talked to this stranger, I learned that “beach manager” was a job, and I heard about the man’s delightful way of doing it.

Remember the woman in the pool at the spa, who was concerned because I had traveled 90 minutes from my home on my own? Ironically, my conversation with her was especially important, because it reminded me of the many rewards that come from talking to strangers. Do you travel alone?